Conrad Murray and the concept of non-maleficence 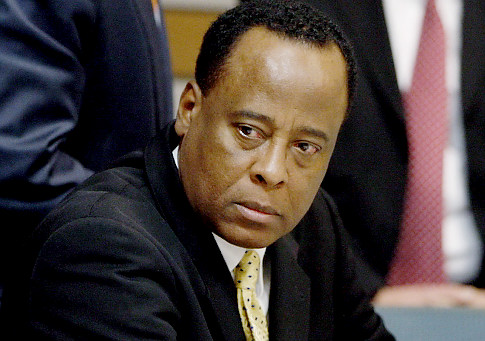 Well the verdict is out. Dr. Conrad Murray has been found guilty of involuntary manslaughter of Michael Jackson, but the bigger question, is he more of a scapegoat in the death of The King of Pop?

Non-maleficence is a term known to all medical professionals, whether or not it is practiced is another story. Basically, it is a medical ethics term derived from the latin phrase primum non nocere which means “first, do no harm.” Now as everyone knows Michael Jackson was given propofol, which is an anesthetic, for his insomnia. For those that don’t know, propofol should not be used for insomnia, in fact when we use it in the hospital, it’s mostly used in ICU patients who are mechanically ventilated so that they have proper ventilatory support.

Whether or not Jackson was addicted to drugs is besides the point, as his physician, Murray should have said no. In fact, propofol shouldn’t have even been available in his home, but money makes things happen don’t it? Case in point, if this were any other non-celebrity patient, I guarantee you that Murray would have easily said no. However, given the exorbitant amount of money he was getting paid to be Michael Jackson’s personal physician probably comes with certain caveats, as in certain aspects of medical ethics were more than likely overlooked or damn well forgotten. If Murray wasn’t able to do what his patient wanted, then he can easily be pushed to the side and another physician would have taken his place. This just tells me that Murray was more focused on the money rather than his actual patient.

I agree that he should definitely lose his medical license, because what he did was just plain negligence. However, concerning his inevitable jail sentence, I’m a little torn. On one hand, I would like to hope that discussions and documentation was made about the side effects of all the medications that Jackson was taking. On the other hand, as mentioned above, propofol definitely shouldn’t be used for insomnia, much less outside of a hospital setting. That’s just common medical sense. I do believe though that Murray is being used as a scapegoat to some degree. With someone of Michael Jackson’s status and wealth, I do believe that if he wanted a certain medication, he would have gotten it regardless of Murray’s involvement. With that, I don’t think that the blame should be placed entirely on Murray, but I do think that he should’ve had better morals and said no a long time ago and gotten out of that situation.

Like the tallest Redwood, you won’t be able to grow without both the sunshine and the rain...
View all posts by Tha Doc →
Gallery | This entry was posted in Health, The Feed and tagged Conrad Murray, Involuntary Manslaughter, Medicine, Michael Jackson, Tha Doc, The Intellectual Revolution, www.theintellution.com. Bookmark the permalink.