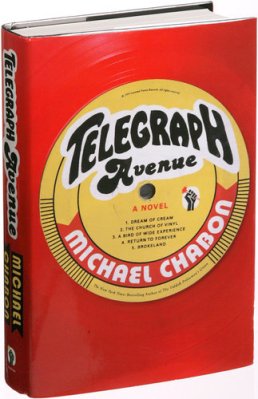 Now, before anyone who knows me extremely well tries to call me out for making this post I”m just going to put it out there that Supreme Soul is not the biggest on reading for leisure. I’m more about getting up and out to do stuff as opposed to curling up with a book during my free time. So I’m not expecting many to take my words on this subject as law. Yet, I will say that of all people who you may come across throughout your years in this world, if I were to give you a book title that I think is interesting then there must be something to it. It’s almost like a vegetarian giving someone a recommendation of where to get a delicious and fulfilling steak. I wouldn’t think the vegetarian is the best source to turn to for this information, but I will pay attention to what is said because there may indeed be a solid line of reasoning for this vegetarian to recommend said place when it is definitely out of their realm of expertise.

This brings me to the aforementioned subject. While perusing through the world-wide web I came across the plot for a supposed “hot read for the fall”. Skeptical, I clicked to see what the actual clamoring was about, and I was taken to a page that discussed the idea behind and some of the plot within “Telegraph Avenue”. As I read these descriptions, I felt a small sense of intrigue creep up into my mind that enticed me to continue delving into this title further. The first line read “In “Telegraph Avenue,” Michael Chabon does for used record stores what he did for comic books in “The Amazing Adventures of Kavalier & Clay.” Being that I’m a self-proclaimed collector of vinyl records I advanced further within the editorial to come across words characterizing the scheme of the story. It stated that

“the story follows a pair of friends, Archy Stallings and Nat Jaffe. The two are struggling to hold on to their version of the American dream, an appropriately named used vinyl store, Brokeland Records, located of course on Telegraph Avenue. Complicating their entrepreneurial efforts, an ex-NFL quarterback who happens to be the fifth-richest black man in America announces plans to build an entertainment megastore just down the street.”

At this point consider me interested which meant I had to read the next portion of the editorial’s description of the novel that is set in 2004 but often makes references to the style, culture, and music of the 1950s, ’60s, and especially the ’70s. It went on to say

“the supporting cast includes a pair of independent-minded midwives, a former blaxploitation star who can’t let his movie career go, a Black Panther-turned-politician and a funky mix of aging jazz musicians.”

Shortly after this line is finished, I’m looking for a sample of the book to see whether it’s all it is billed to be because as I previously stated, I’m not a huge leisure reader. Low and behold, I find what I consider the best of both worlds for those of us who don’t really want to read, but also don’t mind hearing a good story. That ladies and gentleman was an e-book sampler of the story, so now I can check out the book and not have to read it in the process. Now some of you may say that this is pure laziness, and to that I would say YUP! But hey, it was obviously made for a reason so why not get the benefit of it.

I heeded the first 16 or so minutes of the narration to find that it actually kept my attention using its intricate depictions of scenery and character traits, but made sure to come back to ground-level for someone like me who may not want to go off into yonder hearing about detail after detail. What also entertaining is that the initial characters used both grammatically correct and eloquently stated language as well as plain-old in your face expletives when the time called for it. Perhaps what was most amazing to me was after hearing the first few paragraphs I came to the stark realization that I was actually reading along as the voice chronicling the happenings of Luther and Chan on an August night in 1973.

This is where I stopped my research into the story written by author Michael Chabon (pictured below). You should be able to understand my vegetarian analogy at this point, but just in case you don’t I will clarify one more time. If a book gets a person who doesn’t like to read, meaning even on a rainy day when the power is out not liking to read, to actually sit still and pay attention to the story within for a consistent period of time that to me speaks volumes of its potential. If I actually go out and buy a book to read for leisure then this would probably be one of the first. Of course it would be after magazines, newspapers, and other things with a lot of pictures or educational materials, but a probable eventual purchase nonetheless. The novel was published on Sept 11, 2012 and likely can be found at a bookstore near you or online for purchasing purposes.

If you’ve read this far and haven’t zoned out like I normally do with books, and are interested in hearing or reading an excerpt from “Telegraph Avenue” click the link below. Thoughts or opinions about the post or the book are welcomed in the comment section. As always thanks for reading and we truly hope you learned something.